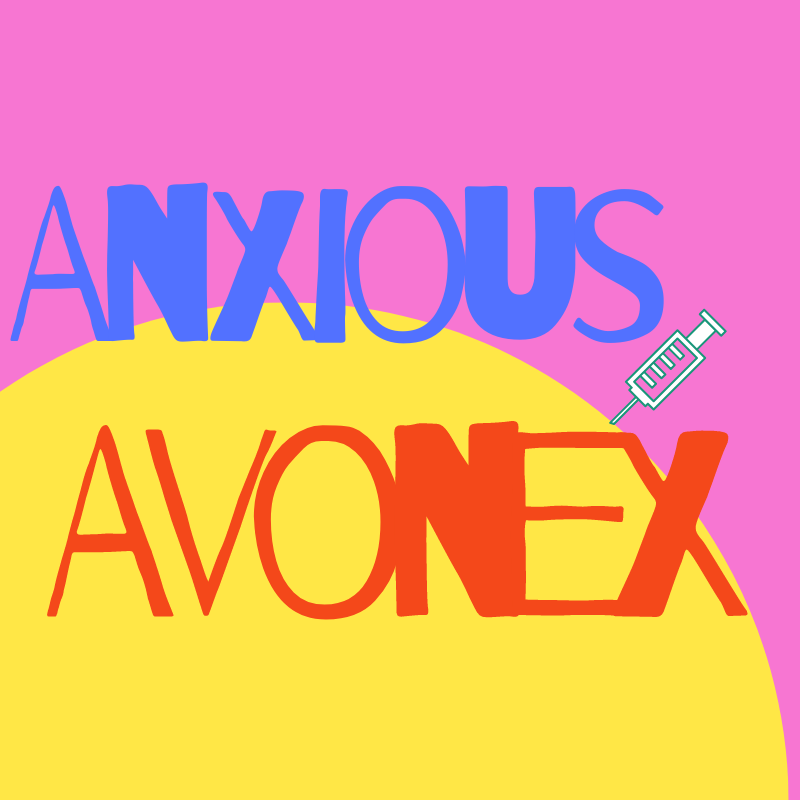 In December 2000 my doctor and I decided to start me on Avonex.
A younger sibling to Betaseron, Avonex was approved by the FDA in May 1996. It is also an interferon – beta 1A versus beta 1b – and it works in a similar way, attempting to tamp down the inflammation in the brain.
But again, even today, the way it works in MS is not known.
And as far as the availability of a generic, it is a “biologic” drug which means it is made from human or animal materials (complex biotechnological process) rather than through a chemical manufacturing process.
Starting Regular Deliveries
Most people who take any of the interferons “will have flu-like symptoms” early in the course of therapy (emphasis mine). So the instructions recommended I take it with something like ibuprofen to reduce the expected fever.
These days it comes in other forms, like a prefilled syringe or even an epi-type pen, but back then each dose came as a kit with a vial of powder, a “diluent” (water), a syringe and needle, plus various small packets of rubbing alcohol and bandages.
My regular deliveries also included a small sharp’s container for disposal of used syringes and needles.
Learning to Inject Myself
Avonex would require that I give myself a shot every week.  So naturally I asked my friend and neighbor to join me at the training session so we both could administer it to me.
It was kind of eye-opening that sticking a needle into an orange was so similar to giving myself a shot. I was surprised at how easy it slid into the skin. I don’t know why but I expected some resistance!
The nice thing about Avonex is that it is a weekly injection. So I never had to alternate injection spots.
But one problem I had at that time was what to do with the full sharp’s containers. There didn’t seem to be a standard procedure for how to dispose of needles, much less a sharp’s container.
Now I notice an instruction on the directions: “Check with your healthcare provider about the right way to throw away the container. There may be local or state laws about how to throw away the used syringes and needles. “
My First Shot
The first time I did my injection I deliberately did not take it with ibuprofen because I wanted to see how severe the fever would get. Lo and behold, it did.
Later I was scolded by a doctor friend of mine. She said that since fever is a warning signal to the body, and since I had been warned to take something with the injection for just that, I should’ve just done it to begin with! I always did after that.
But I never could learn to inject myself with ease. Every week I sat holding the shot in my hand above my thigh willing myself to just plunge it in.
I Develop Jaundice
Then one day I couldn’t keep my breakfast down, vomiting. Next I was walking by the mirror and I noticed that my eyeballs were yellow. So I went to an emergency clinic where I was diagnosed with severe liver toxicity. I was told to stop the Avonex immediately.
Unfortunately this meant that any interferons were now off-limits to me. That was most everything else on the market for MS at the time. But not everything.
Next up, Copaxone.
Other stuff