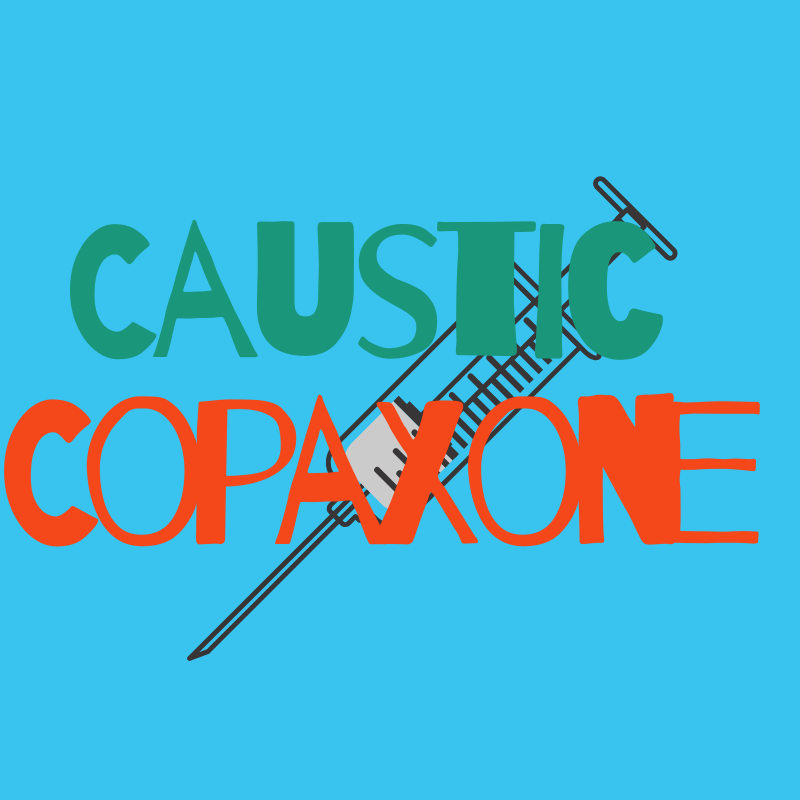 My liver toxicity from Avonex meant that I couldn’t take anything else with interferon, ruling out all other MS drugs at the time, except for one: Copaxone.
Copolymer-1, as the chemical was originally called, was discovered by scientists in the 1960s in Israel. Again, I don’t know what they were looking for, but they discovered that it suppressed MS-like disease in mouse models.
[As an aside, this is called Experimental Autoimmune Encephalomyelitis (EAE), still accepted today as a murine model for this disease. Interesting because MS doesn’t seem to appear in the animal kingdom, or maybe their lives are just too short to foster development of a slow-progressing disease like this. So scientists needed an animal model to study and use in tests. But we still don’t know what causes human MS, so the thing researchers use to induce it in animals may sometimes cause unintended consequences hard to tease out (i.e., was our result due to the mechanism of the disease itself or a reaction to the variable, which is not found in human subjects?) Something to make you go “hmmm”. ]
Drug development continued and it was finally approved for the Relapsing-Remitting form of MS (RRMS) in 1996.
How It May Work
Now known as glatiramer acetate (brand name Copaxone), it is a synthetic (man-made) protein that mimics a component of the myelin sheath and seems to block damaging cells, though the process is still not understood.
Some researchers believe that it acts as faux material to lure and distract the attacking cells away from their real target, but others believe it actually alters the body’s immune function itself.  Concerns about this persist but there is no evidence yet to prove it.
Anyway, my neuro switched me to this. I administered myself sub-cutaneous shots of 20mg daily for 7 years, from June 2003 until July 2010.
More recently the FDA has approved a newer 40mg dose injected only 3 times a week, and there are some reports that those taking the higher dose less often have fewer side effects. But the lower dose and schedule are still used as well.
Ugh
I’m not sure if I would’ve welcomed news of a less frequent dosing option. I hated the shot I took everyday, and I doubt a higher dosage less often would’ve made that much difference.
I rotated injection spots on my body as I was instructed, but no matter where I shot, it felt like I was injecting acid.
For the first few years, I tried to dutifully apply ice packs to the area, both before and after it, as I was told, but it always seemed to make it worse.
Finally one day I tried heat instead. Ahhh, the relief!
Who’s In Charge Here?
Wanting to check that I wasn’t harming things, I called the helpline. But the nurse on the other end told me that she hadn’t received any information ether way. But as far as she understood it, it wasn’t affected by heat.
We decided that if a heating pad worked for me, I could continue doing it until I heard otherwise.
And as I was looking over new prescribing documents about this drug, I found this: “Before use, allow the solution to warm to room temperature.” Doh! Why didn’t I think of that?
Helpful tip: Know the medicines you take. Keep a list of them to show your healthcare provider and pharmacist whenever you get a new medicine.
Other stuff