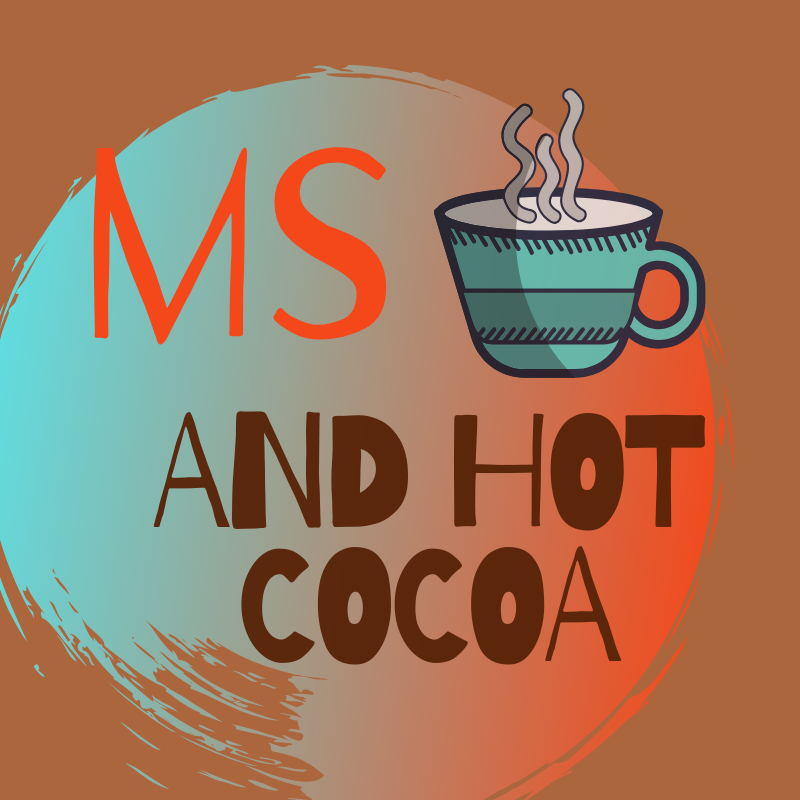 Hey, did you read the article that hot cocoa made with high-flavonoid chocolate could ease MS fatigue? I have MS fatigue. I like cocoa. This sounds like a recipe for an informal experiment!
The headline of the article I read is Daily Cup of Flavonoid-rich Cocoa May Help Ease MS Fatigue. It details a small trial of 40 MSers, half daily drinking high-flavonoid cocoa made with rice-milk and half drinking low-flavonoid cocoa. (Was the choice of rice-milk just a nod to food allergies?)
Fatigue was measured by a quality-of-life self-report, and fatigability was measured by a six-minute walk test (i.e., how far could a user walk in six minutes).
The trial concluded that the high-flavonoid cocoa was not only linked to heart and gut health but may “improve fatigue and fatigability” in MS.
What is a Flavanoid?
They are a type of plant-based antioxidant that occurs naturally in fruits, vegetables, wine, and tea, and are responsible for the vivid colors found in produce, for example. Studies have suggested that flavonoids have anti-inflammatory and neuroprotective benefits.
One place they are found is in cocoa beans. Usually the cacao tree produces the beans that are then roasted and ground into a paste called the cocoa solids.
Thus, cocoa solids are a good source of flavonoids and the percentage of solids in the product should be listed on the side of a package. You can use this number as a general guide for choosing chocolate made with the highest concentration of solids.
Unsweetened cocoa powder has 88 to 96 percent cocoa solids, for example. Dark chocolate contains 45 to 80 percent, and milk chocolate has only 5 to 7 percent, as the solids are “watered down” with sugar and milk. White chocolate doesn’t contain any.
(Was low-flavonoid cocoa achieved by replacing solids with “artificial flavors”?)
What about Heat?
As cozy as a cup of hot dark chocolate cocoa before bed sounds, it probably isn’t the optimal way to get your flavonoids. According to researchers, boiling causes the highest loss of antioxidants in vegetables, for example.
The length of time you expose foods to heat can significantly impact the antioxidant content.
And imagine the roasting process by which the cocoa bean is converted to a cocoa solid. Although roasting is considered a “dry cooking method” and one of the best ways to retain nutrients, it may be reducing antioxident content by as much as 60%.
This shouldn’t matter much to us, as the cocoa we buy in the stores has the solids number on the label. But then again, researchers have discovered in some studies that the labeled cocoa content of the chocolate did not always reflect analyzed levels of flavonoids. Sigh.
Bottom line
This was a small study; more research is needed of course. But it seems like a thing that would definitely qualify for a go.fund.me effort. Hot cocoa is pretty much universally liked.
If you don’t like dark-chocolate cocoa, a square from a dark chocolate bar upon waking seems like it would help. If you want a higher flavonoid count, try making your own cocoa with unsweetened cocoa powder.
Maybe it is just a quality-of-life thing. Having a cup of cocoa every day makes you happy. We deserve that.
And even if you only drink milk-chocolate cocoa, as long as there are some solids in it, you are getting a few flavonoids. 🙂