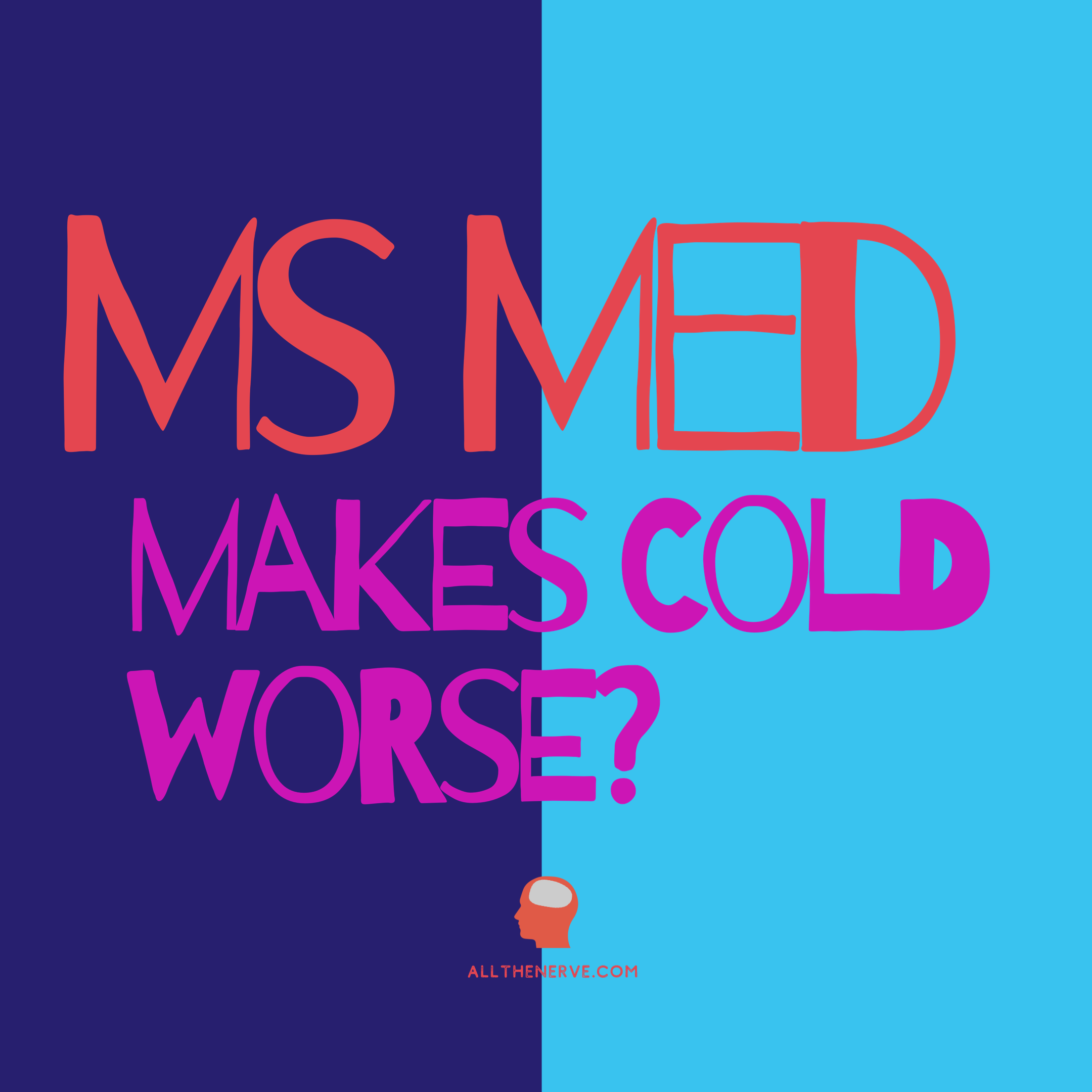 I never get annual flu shots because I don’t want to help my immune system in any way. I’m at war with my immune system to a certain extent because it is at war with me.
So when I got this cold at first I kinda thought it was cute, because my immune system seems like such a bully.
But now three weeks into the monster cold — which I only call monster cold because I don’t usually get colds — it has lost its charm.
Seldom sick as a kid
I was never a very sickly child. I had chickenpox once, and mumps, which kept me out of school for the requisite time but I was not prone to getting regular colds.
As a young adult, I did occasionally catch whatever was going around, but was never down for more than a few days.
Once I was diagnosed with MS, though, I noticed how rarely now anything makes me sick. I assume that this is evidence that my immune system is superstrong and to be fought against as it is attacking me by misguided accident.
But now obviously my immune system is not in super mode.
Gilenya works
The fact that I got this cold suggests to me that the current MS med I’m taking is doing it’s job for me, thwarting my immune system by restraining lymphocytes from being released by my thyroid. (See previous post on Gilenya.)
However, it is driving me nuts not being able to speak. My laryngitis was so bad at one point: I had called customer support for my new HP laptop and it was voice-response only. It couldn’t figure out what I was asking for. Frustrating.
A friend gave me a bottle of Echinacea left over from when she was fighting a cold.  But it’s from 1997 and in small print on the side it says “Not recommended for individuals with auto-immune conditions.”
And while there is now some debate over whether MS is in fact an auto-immune disease, I prefer to err on the side of caution.
Does OTC negate it?
I’m not sure if avoiding taking any cold medication is the wiser decision here.
My doctor did advise me that “being on Gilenya doesn’t mean you can’t take symptomatic cold remedies.” But he also concedes that it is “(h)ard to relate this particular problem to Gilenya…”
So do I risk feeling better and maybe blocking the great work this drug is doing?
I think I’ll just go back to bed and think about this tomorrow!
Things I’ve learned this week