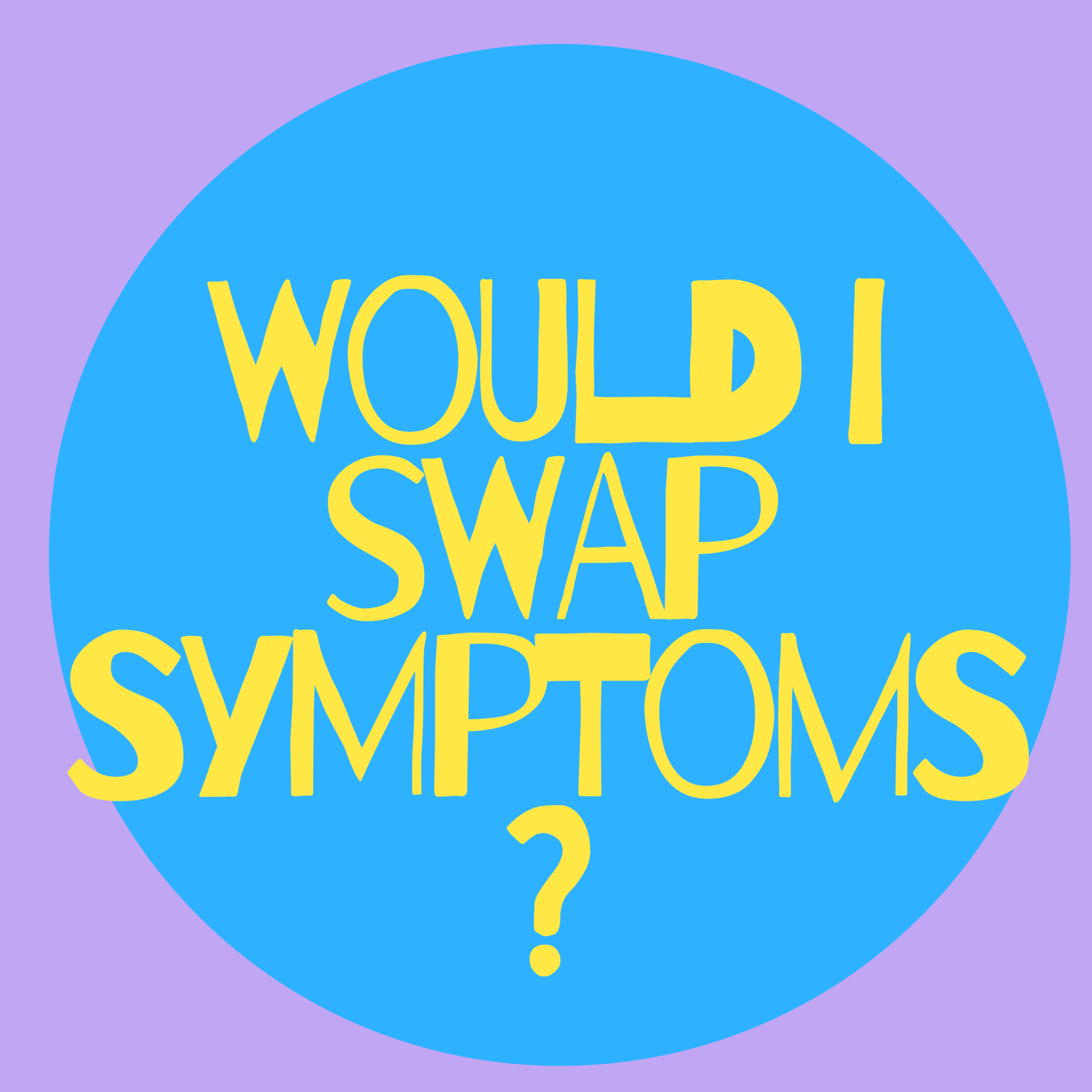 I’ve been reviewing the past five-year chunk of my life. It is very scary to realize how much mobility I’ve lost. I’m only 43; if it keeps going like this, how long before I’m in a wheelchair?
OH helped The Saint move his mother last week. The entire week. And just down the block from where she was living. There was much gnashing of teeth (I would say “”hair pulling” but The Saint has a bald head!).
The back story is that they apparently met in the 90s, again moving her. And while it was stressful and grueling then, it is the source of much jocularity today. I try to remind them of that now.
One of The Saint’s sisters was also helping them. I felt bad that I was physically unable to pitch in. Especially since she has M.S., too.
OH reminds me that her symptoms include pain, scrambled cognition, and vision problems. The Saint has now moved in with her. She worked as a CPA but eventually had to go on Social Security disability .
He wants to know if I’d swap my symptoms–bladder problems, poor hand-eye coordination, and decreasing mobility–for hers. He points out that I still hold down a full-time job. I grudgingly admit that if I had her symptoms then I might want other ones.